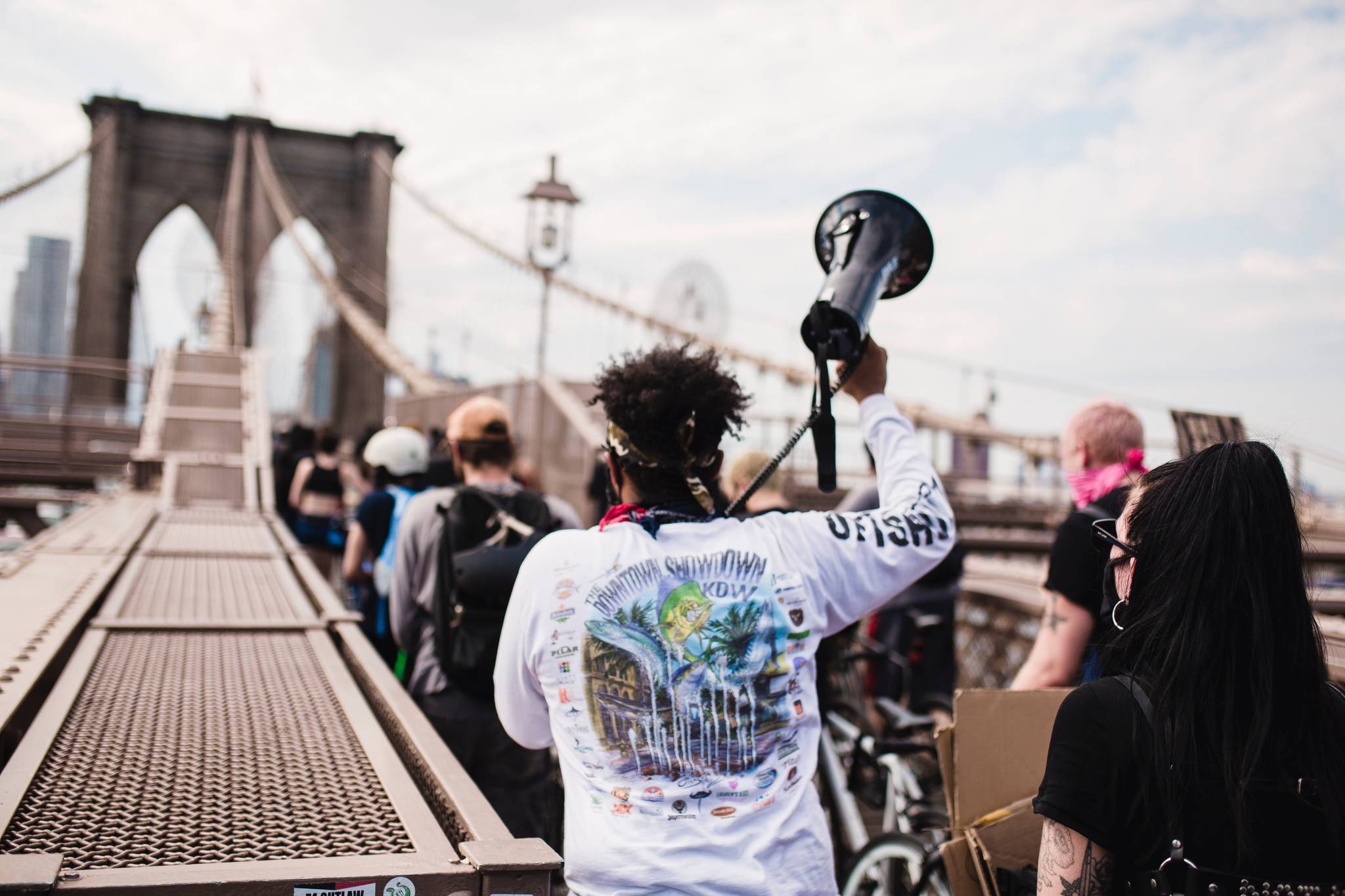 Examining what it’s like to live, work and play in the United States, our experts guide you through the nuances that define its culture. 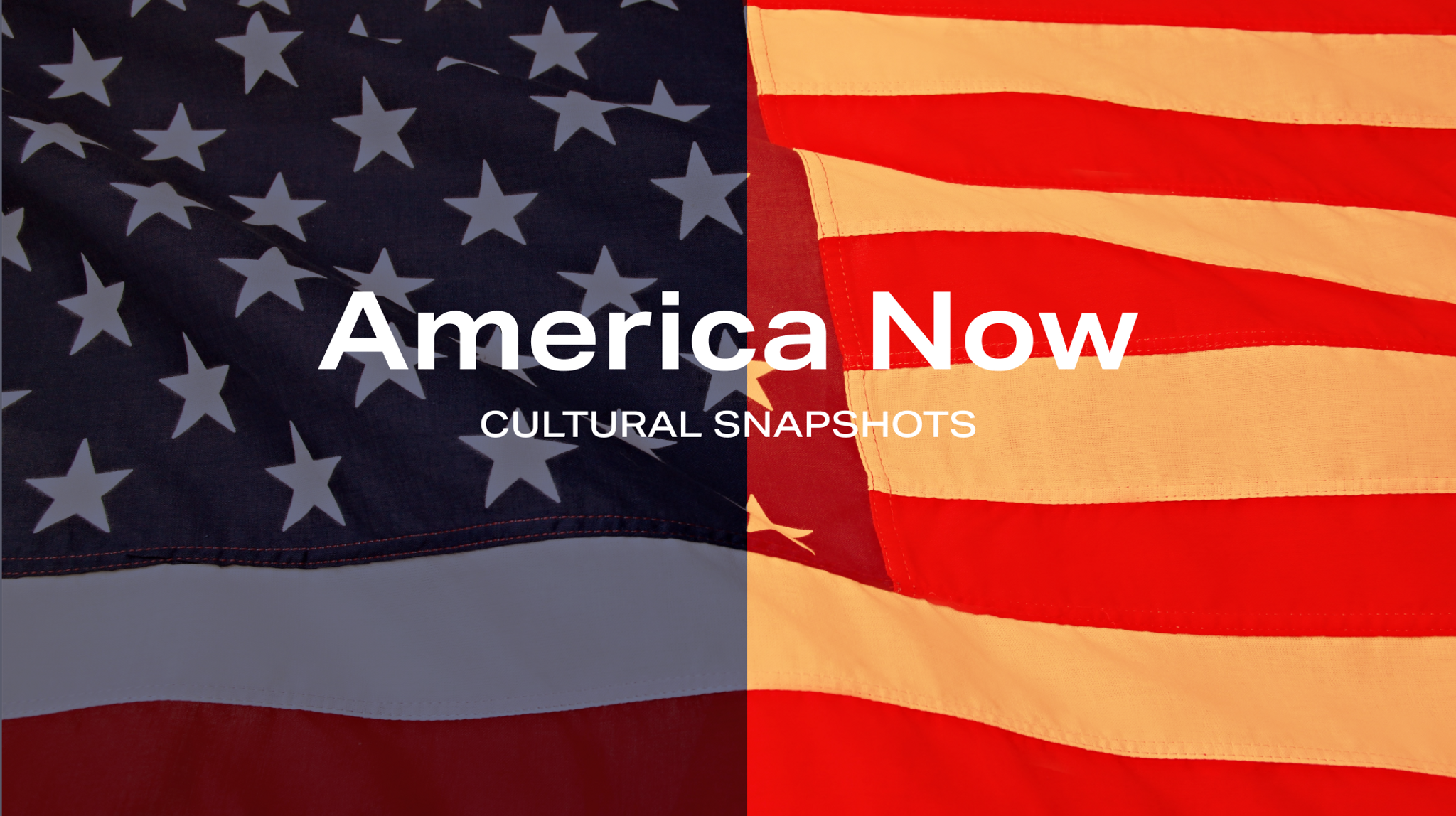 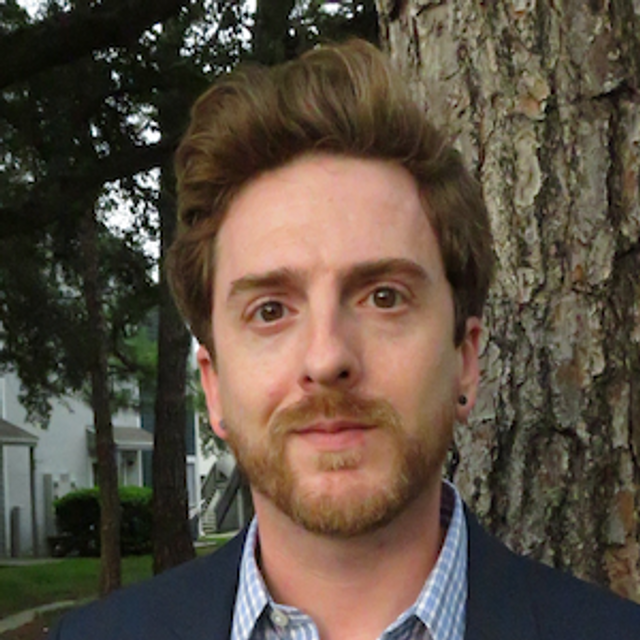 “The Democratic Party of 2022 skews younger, less white, more female, and with more voters from urban areas. It’s a ‘big tent’ party, and this broad cross-section is evident in the party’s emphasis on values like tolerance, diversity, and openness. The way Republicans would characterize this for Democrats would be that they're ‘woke’ or that they're politically correct or something like that. That’s certainly not the way Democrats would characterize it. But I do think that there's definitely a kind of orthodoxy there. Where you are expected to be open-minded, tolerant of people from different walks of life or different religions.”

“I think Democrats define the goal of what they're trying to do as taking care of community. Republicans think more on an individual level, so trying to remove interference from the government from outside anything that would prevent you from having sole control over your faith or your family.” This preference for communitarianism can be seen in Democrats’ strong support for labor unions, a resurgent movement in the last few years – even among Democrats who may not stand to gain from increased union power. “Unionization is one of the clearest demarcators between the parties. As you’re starting to see increased unionization of the service industry right now, that’s going to be heavily young people, heavily Democrat, for sure. I think rich Democrats, probably a lot of them, are on board too. I think if you talk to a rich Democrat about it, they would probably be like, ‘I don’t want things to go too crazy, but if we’re being honest, we could probably use a little bit of rebalancing right now’.”

Freeder also sees a parallel between older Democrats and the corporations that have gravitated towards Democratic Party values in recent years. “Republicans used to be the party of corporations, Democrats, not so much. And now, because corporations have found value in being openly tolerant, they don't want to get in any trouble with any sort of demographic market group. So, they openly show support and tolerance for LGBTQ+ organizations and that kind of thing. They're not excited, but it's an advantage for them. I think that's the way that a lot of older Democrats think about it: they're not terribly on board, but they're not upset with it.” 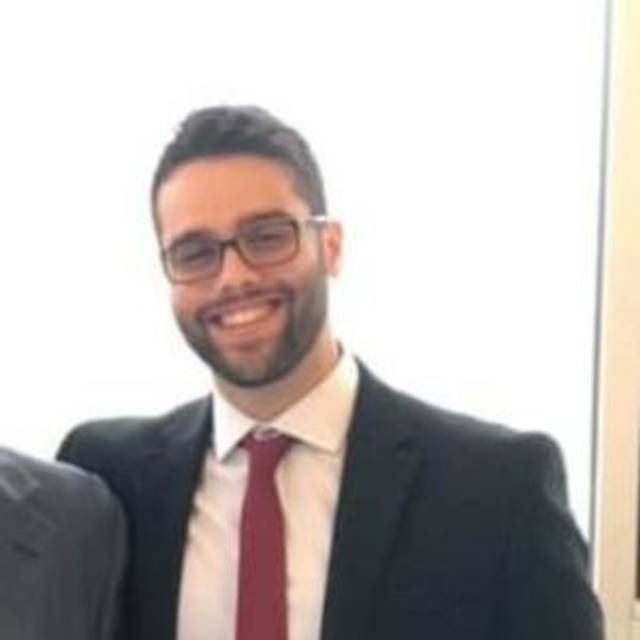 Mark TenenbaumPolitical scientist at the American University in Washington DC

The partisan conflict that has long been on display in the halls of Congress has seemingly permeated all facets of Americans’ day-to-day lives. Democrat and Republican voters increasingly dislike one another and social circles are becoming increasingly isolated –⁠ Americans are less likely to have friends or date members of the opposite party. Instinctively, many observers seek political explanations for our growing partisan social divides, citing research on how Democrats and Republicans are gradually growing more extreme in their political attitudes. However, a crucial non-political form of polarization is often overlooked –⁠ in addition to Democrats and Republicans becoming more politically polarized, they are also growing more demographically polarized.

When comparing the current composition of the Democratic and Republican parties to those of the mid-20th century, it becomes apparent how distinct they have become. In the 1940s, the overwhelming majority of the US electorate was White, with Americans of color voting in large numbers for both parties. Today, the Republican electorate remains overwhelmingly White while nearly half of the Democratic electorate is composed of voters of color. While there has been much attention paid to the decline in Christian affiliation over recent decades, this decline has occurred overwhelmingly on the political left. Religiosity among Republicans has remained comparatively insulated from this shift. Furthermore, as liberal voters gradually sorted themselves into cities, there emerged a growing urban-rural divide among partisans, with the former reliably casting their ballots for Democrats and the latter for Republicans. Taken together, part of the reason it feels like Democrats and Republicans have grown so far apart is that, in many respects, the US has gradually bifurcated into two publics. Republicans are largely White, conservative, Christian, and reside outside cities. Democrats are comparatively more pluralistic and tend to live in cosmopolitan environments.

Red, rural America faces many unique challenges –⁠ economic stagnation, opioid abuse, the exodus of their educated young people – exacerbating the hollowing out of their communities. The increasing social distance between Democrats and Republicans, coupled with these unique challenges facing red America, has resulted in many rural Republicans feeling alienated from liberal, cosmopolitan America. Republican voters view cities as filled with liberal elites who look down on their way of life. They feel left behind, thinking that⁠ elites either are unwilling to address their challenges or don’t care enough to learn about them. These two phenomena –⁠ the nation’s evolving demographics and the distinct challenges facing red, rural America –⁠ will likely continue to play a significant role in defining Republican political behavior over the coming years.

of Democrats believe that the US Supreme Court is predominantly motivated by politics, rather than the law

of Republicans think that public schools should provide 'some' or 'a lot' of education about racial inequality, versus 90% of Democrats

America is a seriously divided nation. How does a volatile and polarized political landscape play out in people’s daily lives? From new rulings around gun control and abortion rights to a historic environmental bill, we’re seeing a politically galvanised population making themselves heard – and tensions being entrenched in their wake. How do identity politics shape people’s attitudes to brands? How can businesses speak across the divide? And what are the new American values defining a collective sense of identity? 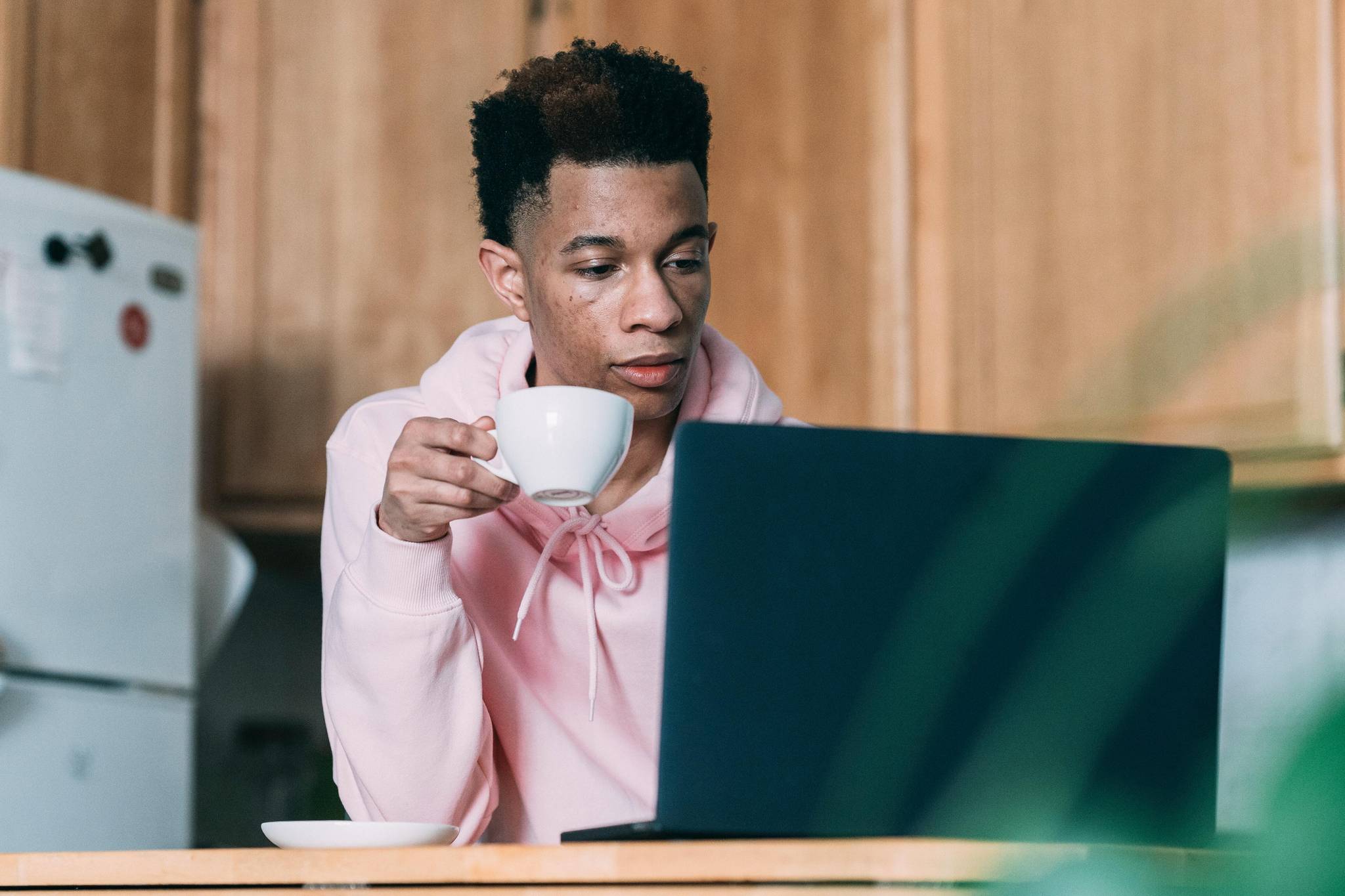 Understanding the implications of the cost of living crisis personally and professionally can feel overwhelming. In this Deep Dive, we’ll anticipate key challenges facing people as they head into winter and use three of our foundational macro behaviors as routes by which to identify strategic solutions as people feel the pinch.

Book a call with a leading expert in our network 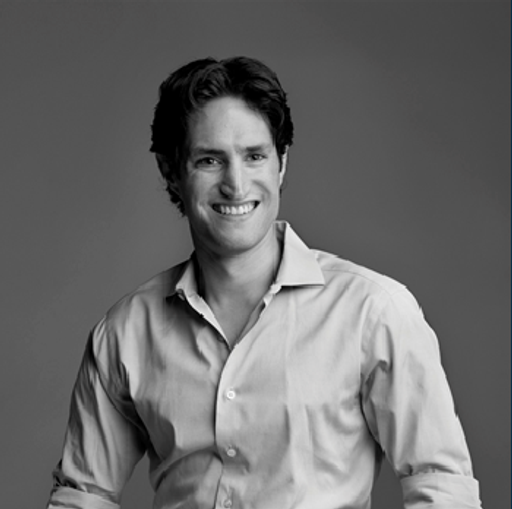 Professor of Marketing at NYU’s Stern School of Business

Adam Alter is a professor of marketing at NYU’s Stern School of Business and the Robert Stansky Teaching Excellence Faculty Fellow. He is a New York Times bestselling author of two books: Irresistible, which considers why so many people today are addicted to so many behaviours, and Drunk Tank Pink, which investigates how hidden forces in the world shape our thoughts, feelings, and behaviours. Adam’s academic research focuses on judgement, decision-making, and social psychology. His research has been published widely in academic journals and featured in dozens of TV, radio, and print outlets around the world. 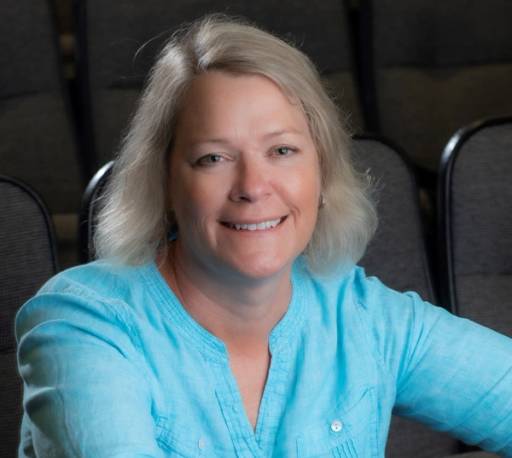 Professor of film and media studies 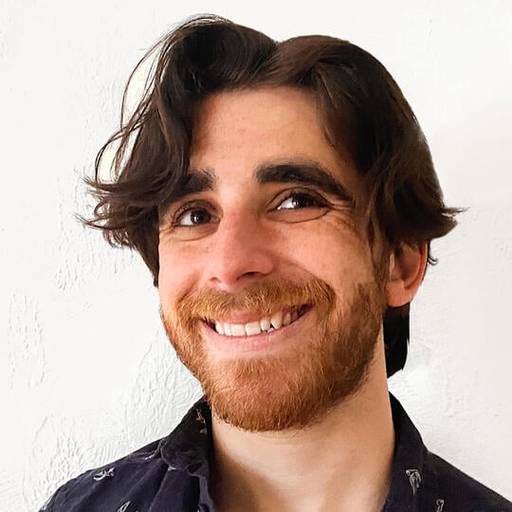 Expert in the intersection of politics, technology, and social change

Ben Resnik works at the intersection of politics, technology, and social change, specialising in innovative digital communications for the public good. He has held key positions at leading political technology firms like DSPolitical, Swing Left, and People First, contributing to the Democratic House sweep of 2018 and Joe Biden's victory in 2020. Also a trained speechwriter, counter-disinformation practitioner, and member of the Truman National Security Project, Ben is an expert both in how to craft an effective message, and how that power is used to empower and mislead in today's digital world. 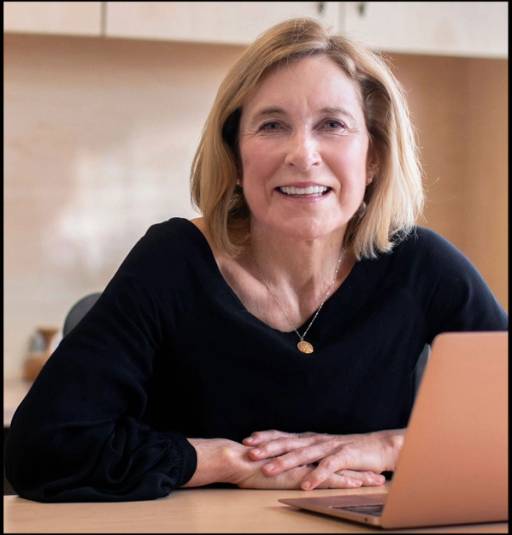 Author, and professor of psychology and business.

Wendy Wood is the Provost professor of psychology and business at the University of Southern California and author of the book Good Habits, Bad Habits. She has published over 100 scientific articles and worked with P&G on consumer habits, the CDC on diabetes control, the World Bank on health practices in developing nations, and the US Paper and Packaging Board on sustainable lifestyles. She is currently the president of the Association for Psychological Science. 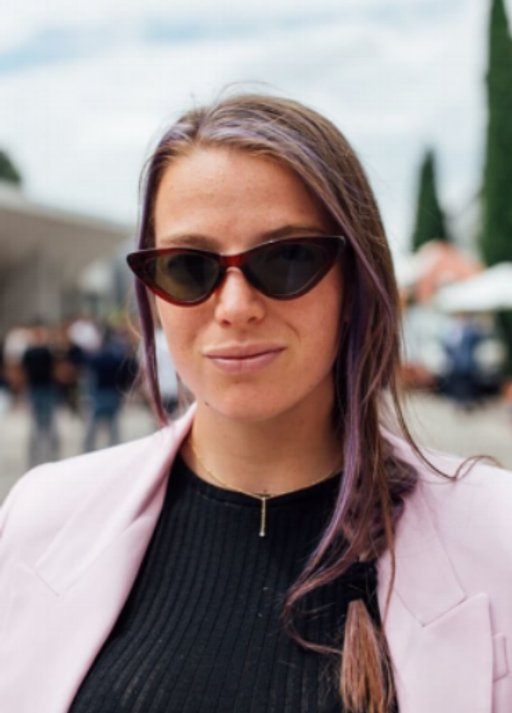 Writer, executive strategist, and consultant working in the creative industries

Faith Robinson is a writer, executive strategist, and consultant with almost a decade of experience working in the creative industries. Following an art history BA and an MA in ecology, economics, and policy, she creates world-class programmes asking social and environmental questions across the fashion industry, focusing on sustainability narratives and cultural pioneers. With experience in both the public and private sectors, Robinson's mission is ethical engagement, and her practice is rooted in contextual research. Faith has worked with brands like Nike, H&M, Kering, and more, plus a global roster of activists, eco-influencers, and NGOs. 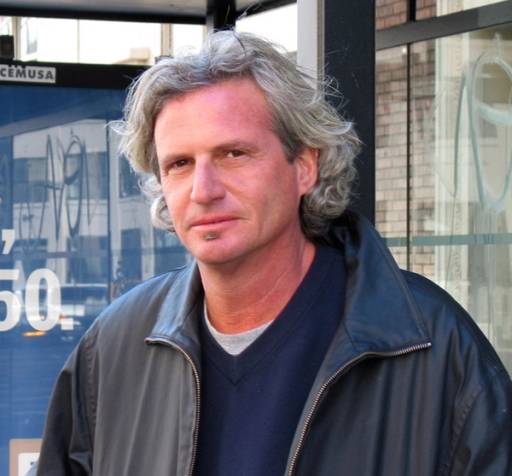 Dr. Lawrence R. Samuel is the founder of AmeriCulture, a Miami- and New York City-based consultancy dedicated to thought leadership relating to the past, present, and future of American culture. 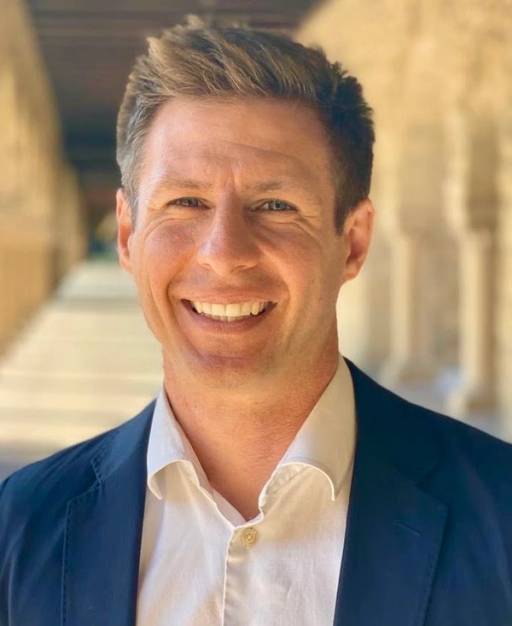 Founding director of the Centre on US Politics at UCL

Thomas Gift is Associate Professor of Political Science and founding Director of the Centre on US Politics at UCL. He has written for influential scholarly outlets and is extremely visible in the media, providing expert, non-partisan analysis on US politics and policy. Gift has made hundreds of television, radio, and news appearances for top UK, US, and global venues including CNN, the BBC, CNBC, and Bloomberg. He has also written scores of articles for publications including the Wall Street Journal, the Washington Post, and Newsweek. Gift has held fellowships or visiting appointments at Harvard, Stanford, Oxford, and the London School of Economics. He holds a PhD in Political Science from Duke.
0