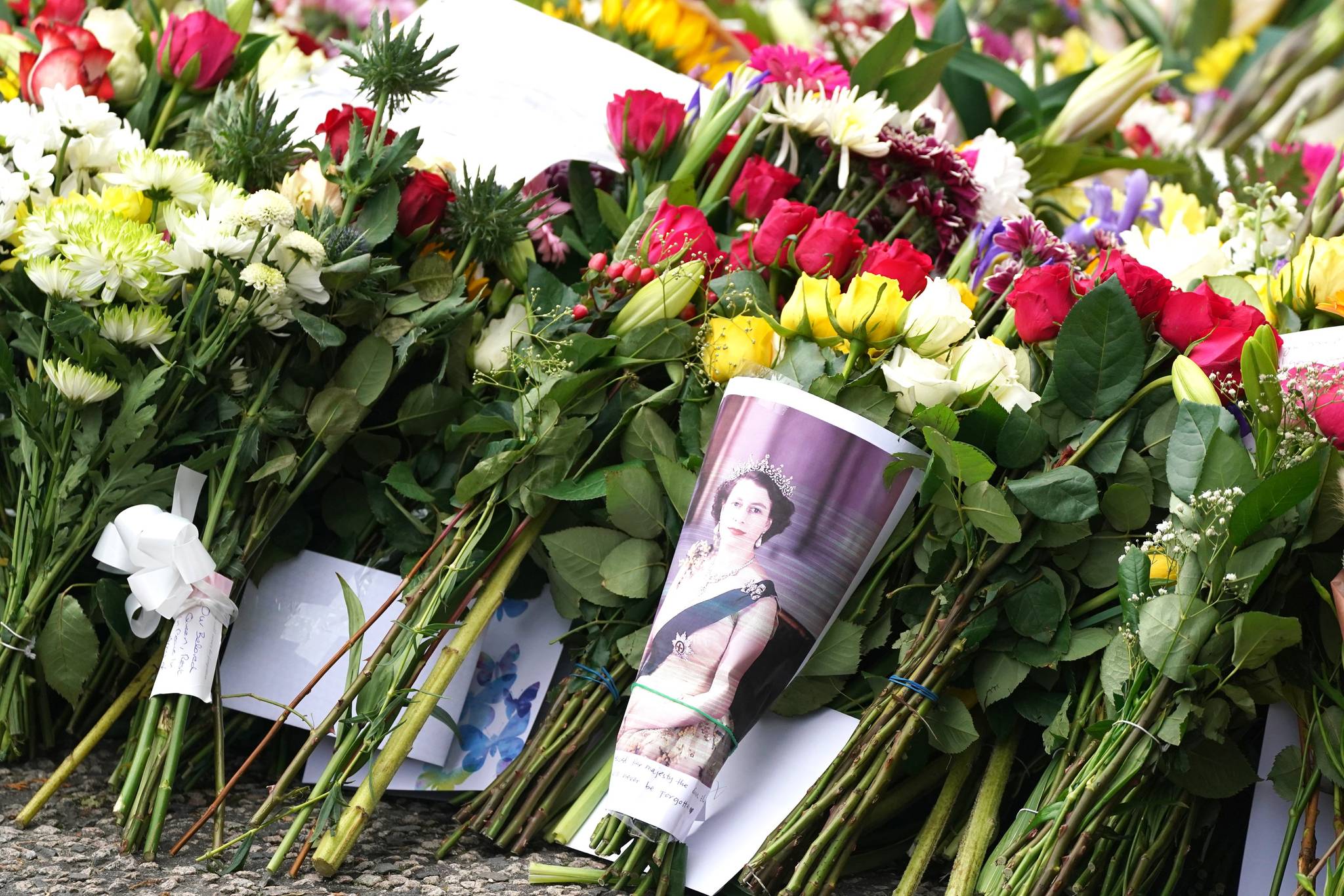 Store closures, social media tributes, and ill-received gestures. In response to the death of Queen Elizabeth II, many brands have chosen to react steadfastly while some have veered on the side of caution. But as the public mood varies, how are brands paying tribute in a divided landscape?

Author
India DoyleIndia Doyle is Editorial Director of Canvas8's Library where she oversees the editorial direction of research across content types. India has worked as a journalist for 10 years, interviewing industry and cultural leaders including Christy Turlington, Olympic boxer Ramla Ali and CEO of Rolls-Royce Torsten Müller-Ötvös, and has contributed to SHOWStudio, Dazed and Confused, ekathimerini, Wonderland and Dapper Dan magazine.

The death of Queen Elizabeth II has been met with a global outpouring of grief as people, governments, and businesses around the world acknowledge the end of the long-serving monarch’s reign. But even as many express sympathy and reverence, feelings towards the monarchy in the UK are not uniform. In May 2022, a poll by British Future found that while 85% of Britons expect to have a monarchy in a decade, only 45% of Scots wanted to maintain the monarchy, and only 40% of 18- to 24-year-olds supported keeping the institution.

With any major cultural moment, speaking authentically and with nuance to the mood of a nation is challenging for businesses. When it comes to the grief associated with such a historic event, the room can be especially hard to read. As businesses move swiftly to respond to the end of an era, we explore the insights behind the ads at this transitory moment in British culture.

People want sincere, heartfelt brand gestures
Capturing the mood of the British public during this period of national mourning while also contending with polarised attitudes towards the British monarchy is a challenge. But where brand responses have aligned with their own historic legacy in the UK, they have resonated with audiences.

On the day of the announcement of Queen Elizabeth's death on Thursday, 8th of September, Selfridges, a Royal Warrant holder, led tributes and shuttered its doors for the following day as a sign of respect, and Liberty London, a mock-Tudor style store known for its connection to art, culture, and British heritage, kept its West End store closed until the Saturday morning, offering heartfelt sympathy to the Royal Family with plans to shutter their doors on the day of the state funeral as well. Sombre, respectful brand reactions were also seen from other British heritage brands like John Lewis, British Airways, M&S, Barbour, and one of the Queen's favourite stores, Fortnum & Mason, striking a chord with the British public by acknowledging and embodying the same comfort and continuity the Queen represented for many.

Acknowledging the jarring juxtaposition of fashion week festivities with a nation in mourning, some heritage luxury brands also announced the cancellations of their shows. Burberry cancelled its London Fashion Week show due to take place on the 17th of September as a “mark of respect” to the Queen – a relatively major sign of reverence, given it was set to be the brand's first in-person runway show since the pandemic hit in 2020. Raf Simons also followed suit, cancelling his show on the 16th of September as an acknowledgement of “this time of great sadness.” Again, these acts and statements aligned with people’s desire to honour and pay tribute to the service, sacrifice, and sense of duty that the Queen represented. The cancellations reflected the sincerity with which people are personally processing their feelings of grief.

People have mixed emotions about discussing grief
On the other end of the spectrum, there has been a range of brands that have been widely mocked on social media for their responses to the death of the Queen. Here, what’s clear is that there’s a distinct misalignment between the sense of importance the monarch’s loss represents to her mourners, and how people wanted to see this grief represented.

One of the first big brands to post a response was Dominos UK, posting on Twitter: "Everyone at Domino's joins the nation and the world in mourning the death of Queen Elizabeth II. Our thoughts and condolences are with the Royal family," while simultaneously turning their logo black in mourning. Although this appears inoffensive, the swiftness at which it was posted and the apparent arbitrariness between Dominos UK and the monarch meant it received over 2,500 retweets, with many people showing their disdain for the inauthentic and performative gesture.

Anne Summers UK is another brand that felt the wrath of netizens and fast multiplying think pieces after a screenshot of its homepage memorial to the queen went viral – directly below the message of condolence was a selection of sex toys and lingerie for sale. The humour that many saw in this response sat in direct contradiction to the sombre subject matter of death, with public comments both lambasting, endearing, and arguably working in favour of the brand as it heightened its visibility. Although many brands feel they should comment on all significant cultural events, in an era of Signal Cynics, and as the recent public reactions to inane brand responses show, it can be just as powerful to not comment at all.

People won’t stand for shoehorned insincerity
Alongside the brands whose outpouring of grief was well received, and those openly mocked, were brands who were actively challenged and called out for their responses. Here we saw how people are willing to hold businesses to account where they feel brands overstep the mark.

In a swiftly-deleted Instagram post, Crossfit UK pushed out a Queen Elizabeth-inspired workout, that included ‘96 double unders’, as well as a ‘minute's rest in silence’ in the Queen's memory. The brand was widely derided for the post, with many calling it insensitive and off the mark. But this isn't the first time CrossFit UK has paid tribute to the monarchy, with a ‘God Save the Queen’ workout of the day being posted to mark the Queen's Jubilee in June 2022. The celebratory feeling associated with the Jubilee meant that this post wasn't ill-received, or much noticed at all, but the decision to repeat the act posthumously sparked a backlash for the brand – there’s a world of difference between tying a brand into a celebration, and attempting to shoehorn it in with a period of mourning.

Elsewhere, there were more than a few shouts of hypocrisy when the social media accounts for musicals Les Miserables and Hamilton tweeted identical statements broadcasting their sadness at the news. Those with knowledge of the two musicals soon began to raise alarms, considering that the narratives of both shows are violently anti-monarchy – in response Les Miserables took down its tweet, while Hamilton’s remains up. Out-of-place outpourings of grief by brands are quickly called out by savvy and switched-on netizens, looking to expose those brands that are seen to be merely performing – resulting in a delicate line to tread between showing sincere respect and receiving public backlash.

Stay on top of the latest insights with Keeping TABS, our free newsletter
Previous Post
What even is this?Sep 12, 2022
Next Post
Read of the week: people are rewriting their narrativesSep 30, 2022
Keeping Tabs 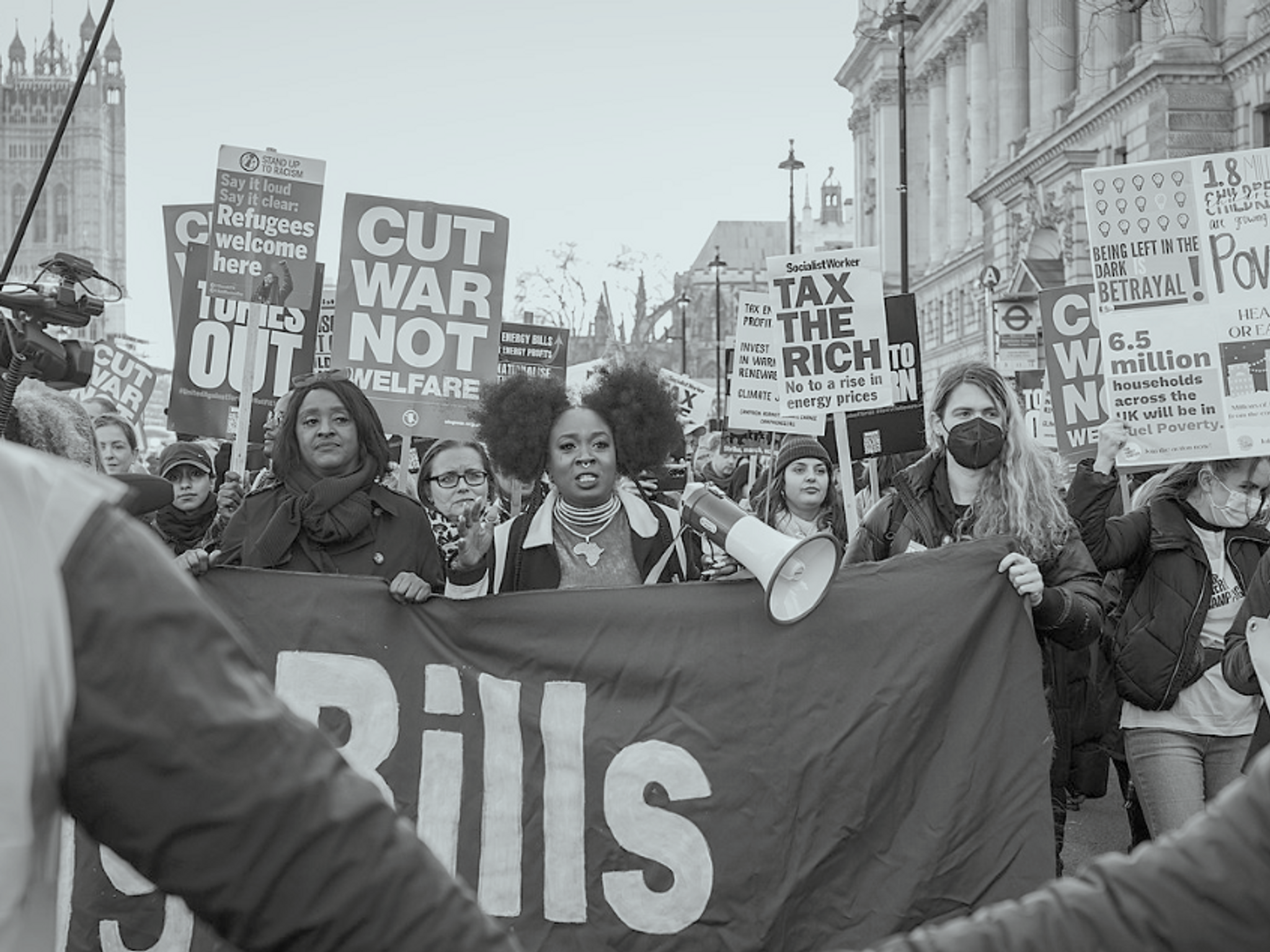 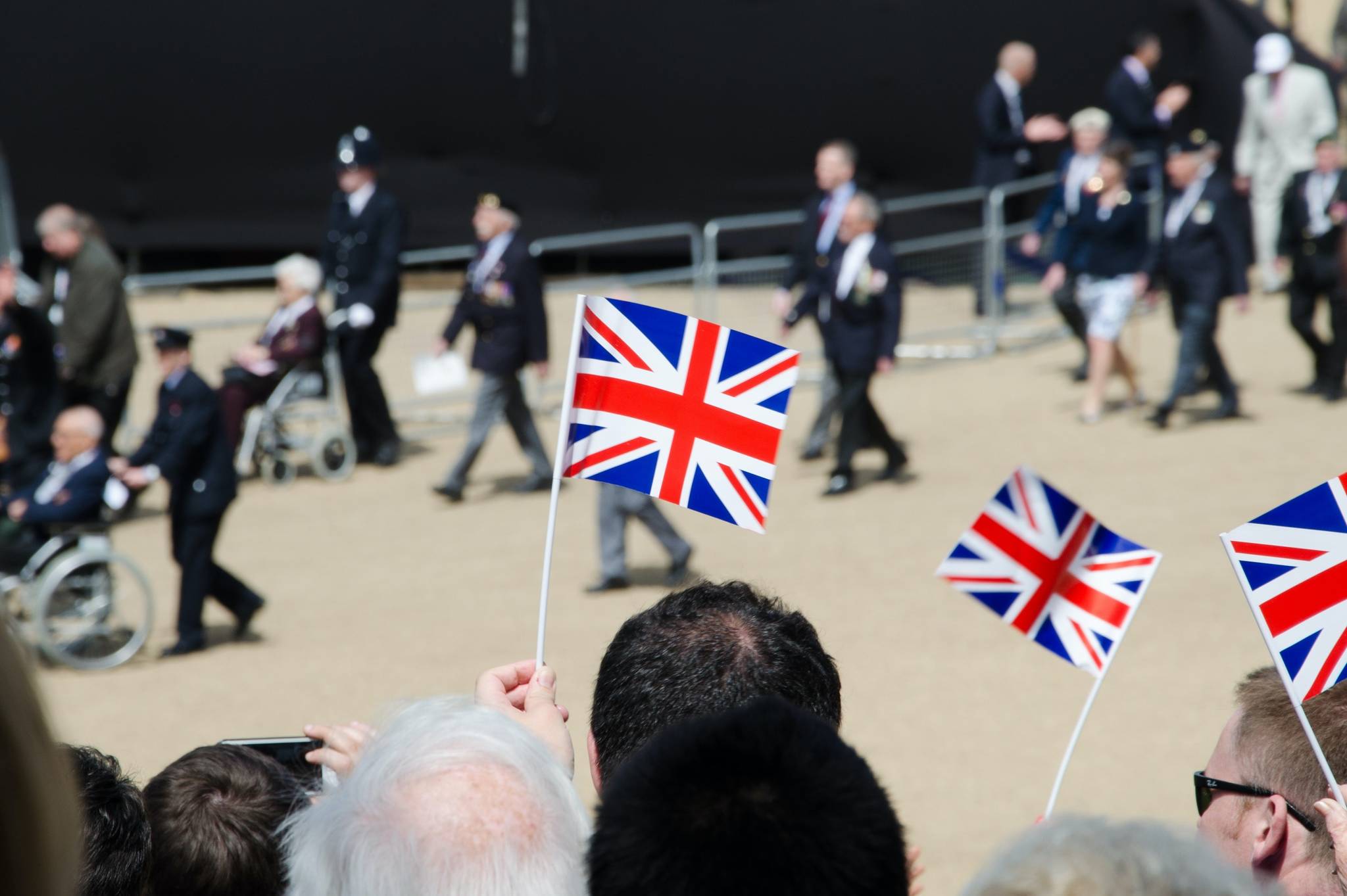 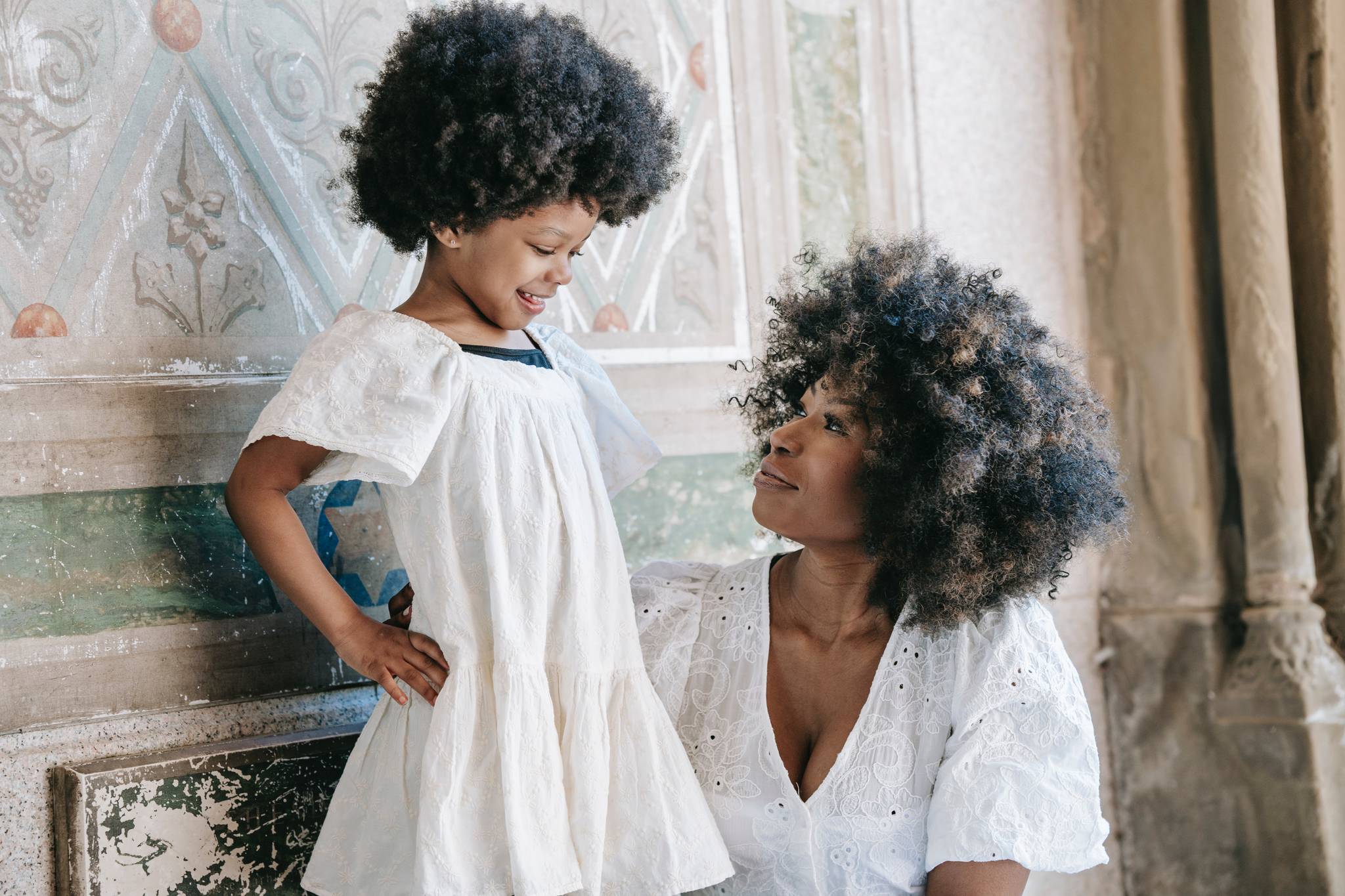 report
May 16, 2022
How are parents coping with the cost of living crisis?