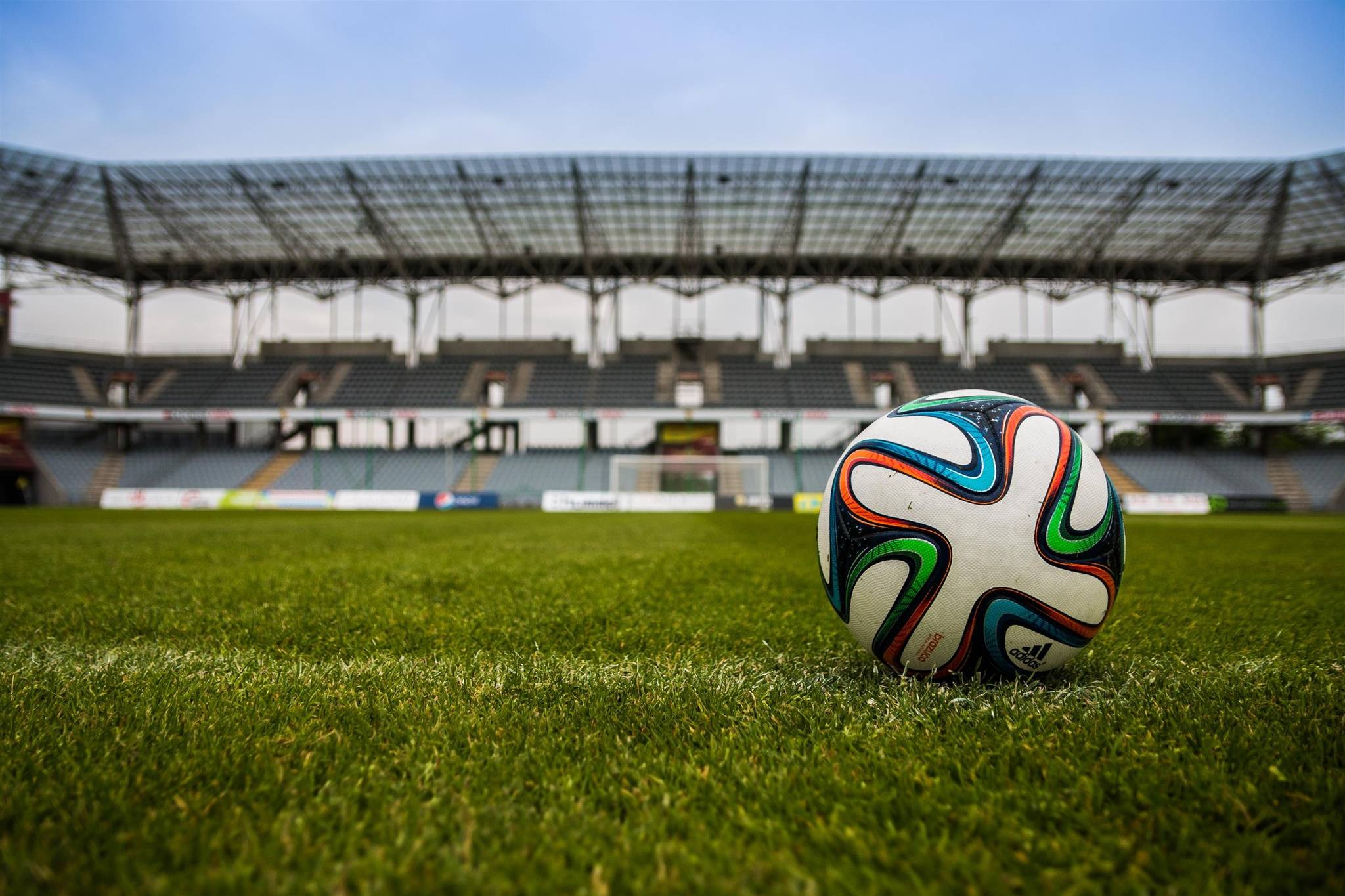 Rather than being a globally unifying and celebratory festival of football, the 2022 Qatar World Cup is set to be one of the most polarising sporting events of all time. With fans and national teams speaking out against the host nation, brand campaigns are more muted than mesmeric.

Author
Alex StrangAlex Strang is an Insight Editor at Canvas8 who used to be in a punk band that was signed, shaped and spat out. He enjoys using his experience of being the product to help brands understand how to sell theirs. After studying Philosophy and Critical Theory, he found his feet in the market research world and has been over-analysing consumer behaviour ever since, including his own. He can usually be found playing board games, watching Seinfeld or trying too hard to make his daughter laugh.

Ask most football fans about their favourite World Cup memories and they'll likely regale you with stories of warm summers spent watching a joyous, celebratory, and unifying festival of football – the culmination of a four-year wait to watch the world's best players face off in what is arguably the greatest sporting tournament on the planet.

But ask them about it this year, and at best you're likely to get grumblings about the tournament being held in the winter, with kick-off times that clash with school, work, and even sleep. At worst, people will tell you that they're boycotting this year's tournament entirely in protest against Qatar – a nation whose controversial human rights record and mistreatment of migrant workers has been thrust under the spotlight.

And it isn't just fans that are heading into the World Cup with caution, the way that brands are approaching their ad campaigns for the tournament is drastically different from tournaments gone by. Usually, campaigns would be steeped in the local culture of the host nation, borrowing from its culture, music, and imagery to create a sense of excitement and wonder not only about featured teams and players but equally about where it's being hosted.

During the build-up, brands have come out with campaigns that barely acknowledge Qatar, if at all, while others are coming out with content directly at odds with the nation’s human rights record. Let's look at Budweiser’s big World Cup campaign – it doesn't take place in Qatar, or even really refer to it at all. Instead, it focuses on the origin stories of  Messi, Neymar Jr., and Raheem Sterling – inviting fans to head to where those players began their careers as part of a scavenger hunt. The campaign looking to the past, rather than focusing on the tournament, suggests that Budweiser is more than aware of the problematic nature of Qatar as a host, and mines football's history for inspiration and as a way to spark some joy around a tournament that’s so mired in controversy.

Similarly, Nike Canada’s campaign focuses on the personal story of Alphonso Davies, a Canadian player who was born in a Ghanaian refugee camp. The docuseries – titled Home – is at direct odds with Qatar’s reputation for mistreating migrant workers by championing the idea that anyone can become a refugee and that football should be a welcoming home to all. Nike’s decision to focus on Davies’ childhood further suggests that distancing the brand from the host nation was the best option, short of boycotting the tournament altogether. Of course, a boycott isn't a viable option for many brands, but taking such a stand could be popular with a large number of fans. Statistics show that as many as 81% of people in the UK believe that the home nation teams should boycott the World Cup, with between 75% and 78% citing the treatment of migrant workers, women, and the LGBTQ+ community as their main reasoning.

With so many people feeling passionate about the tournament – for all the wrong reasons – it’s no surprise that some brands are being called out for their attempts to play both sides. Brewdog’s anti-World Cup campaign lasted just two days before images of the brand being sold in Qatar were widely circulated, leading to a humiliating backlash. It seems that subtle and more nuanced approaches, like Nike’s championing of migrants and Budweiser’s decision to bypass Qatar altogether, are the more sensible choice for brands. Joe Lycett’s viral call for David Beckham to cut ties with Qatar or risk the comedian shredding £10,000 in cash, rather than donating it to LGBTQ+ charities, is an example of a public figure being able to take a stand that most brands feel they can’t.

While no team has yet to boycott the tournament, some have put their heads above the parapet to make a statement. The Danish team will play in a toned-down strip with next to no distinguishing features, and its third kit will be black which is meant to represent a sense of mourning. Similarly, the Australian Socceroos released a video directly condemning Qatar, highlighting the shift that has seen sports becoming more and more politicised in recent years. And the German team’s plane touched down in Qatar emblazoned with the slogan ‘Diversity Wins’, directly challenging the host nation.

From Colin Kaepernick’s taking a knee and initiatives like Rainbow Laces to whole teams making stands to support the Black Lives Matter movement, sports fandom has been forever changed – while once fandom was solely about geography, it's now moving towards a sense of ideology. The Qatar World Cup is a crystalised example of how sports fans are increasingly expectant that their favourite teams, players, and even sports as a whole should be taking a stand against any sort of discrimination or mistreatment.

For brands, the World Cup – and other events like it – are guaranteed eyes, millions of people around the world watching games from start to finish, so boycotting the tournament is simply not an option. But the increased expectation that brands, and sports in general, take a stand when it comes to political and social injustices, for many these campaigns might not be enough. As fans around the world attempt to settle in to watch a World Cup in November, no doubt feeling uncomfortable about the timing and location of the tournament, many will choose to simply not watch it at all.

Share this post:
Stay on top of the latest insights with Keeping TABS, our free newsletter
Previous Post
The memeification of brand commsNov 14, 2022
Next Post
Read of the week: American workers are burnt outNov 25, 2022
Keeping Tabs 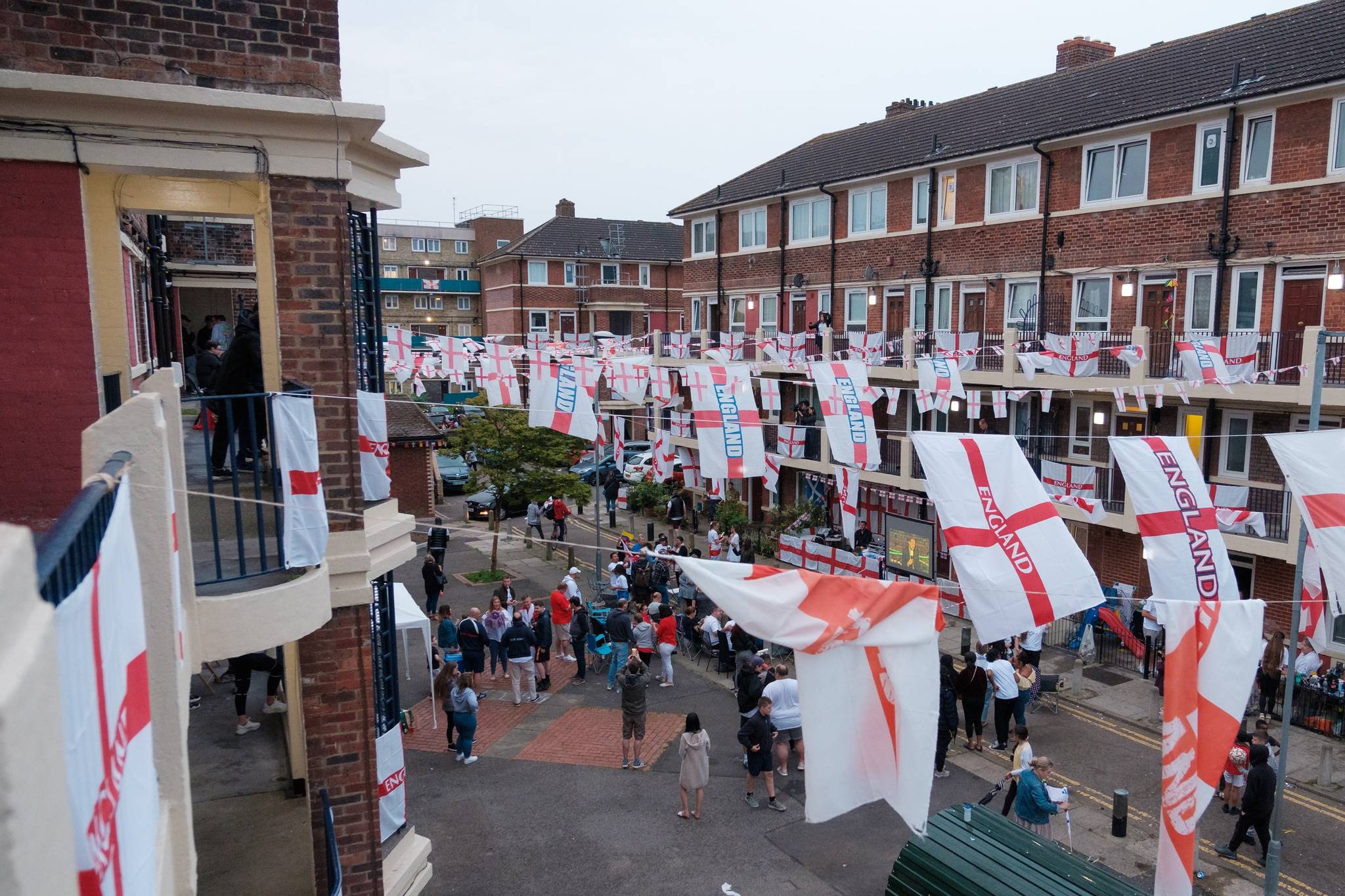 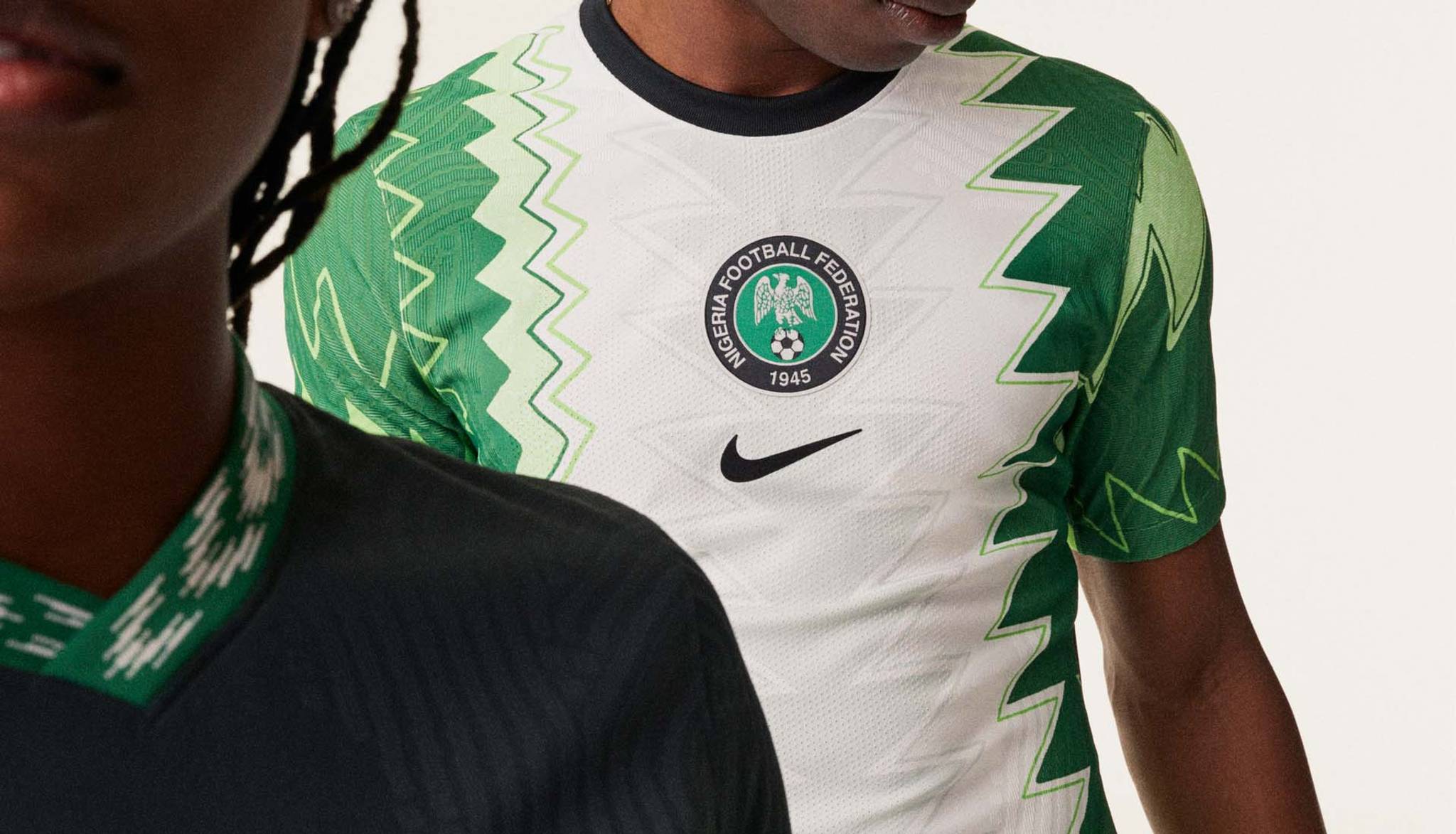 report
Sep 6, 2022
Why football culture is thriving in Nigeria 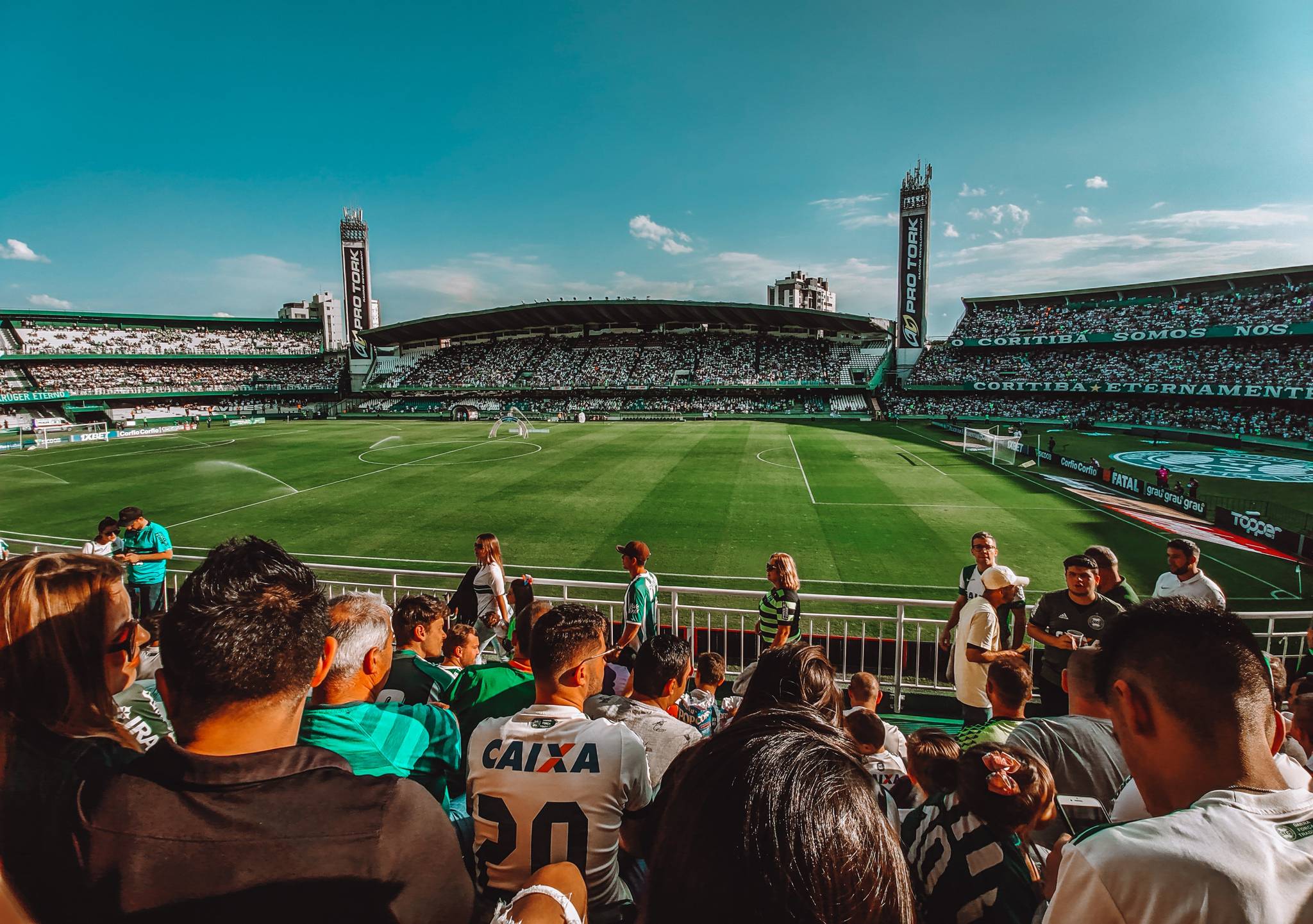